The Dream of Prosperity, 華胥の幽夢, Kasho no Yume is the seventh novel in The Twelve Kingdoms fantasy series written by Fuyumi Ono. Unlike the previous novels, it is a collection of short stories.

The Dream of Prosperity is composed of five short stories set in different kingdoms in the Twelve Kingdoms. Some stories are set between earlier novels or involve familiar characters, while others do not.

Toei (冬栄, Winter Glory) is set shortly after The Twelve Kingdoms: Sea of Wind. Taiki goes on a diplomatic visit to Ren to thank Renrin for helping return him to Mount Hou.

Jogetsu (乗月, Ally of the Moon) is set shortly after The Twelve Kingdoms: Skies of Dawn, but before The Shore at Twilight, The Sky at Daybreak. In the kingdom of Hou, Gekkei refuses to lead the provisional government out of respect for the late king and the guilt he feels towards leading the rebellion to end the king's tyrannical rule. His perspective changes when a diplomatic envoy for the queen of Kei arrives to discuss the issue of Shoukei's status as a citizen of Hou.

Kasho (華胥, Prosperity) follows the story of Shishou, the first king chosen by Sairin, the kirin of Sai, and how he ended up losing the way. When it becomes apparent that Sairin is ill with shitsudou, Shuka, a high-ranking official in Shishou's court, begins to doubt Shishou's reign is bringing prosperity and the court soon falls into disarray when a conspiracy emerges. The short story is set before the events of The Twelve Kingdoms: Sea of Shadow, approximately twenty years before Youko Nakajima arrives in the Twelve Kingdoms.

Kizan (帰山, Home to the Mountain) is set shortly after The Twelve Kingdoms: Skies of Dawn. Rikou, the second prince of Sou, investigates the conditions in Ryuu in his current bout of travelling and encounters Fuukan, an acquaintance Rikou has met several times during his travels over many centuries. After living for so many years, they both conclude that Ryuu is exhibiting patterns of tilting towards ruin and Rikou reminds himself that while Sou and En have experienced tremendously long and prosperous reigns, no dynasty lasts forever. After concluding his business in Ryuu, Rikou returns to Sou to reveal the current state of the other eleven kingdoms to his family. 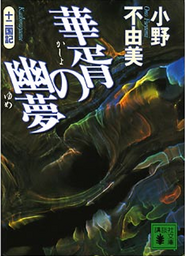 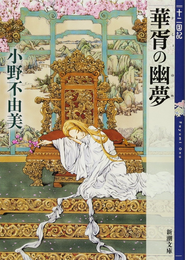 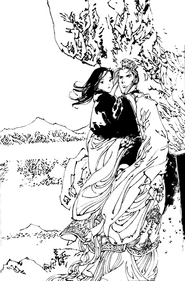 Taiki and Gyousou in Toei 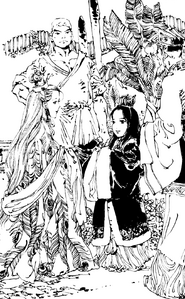 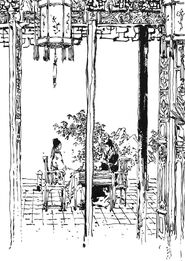 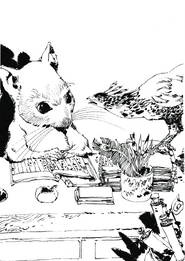 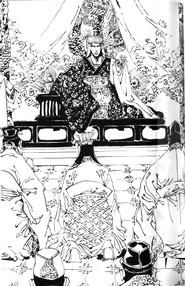 Shishou, the King of Sai, in Kasho no Yume 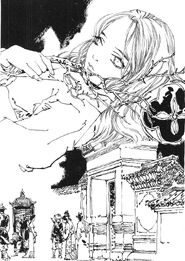 Sairin in Kasho no Yume 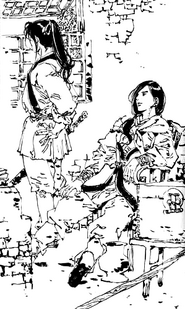 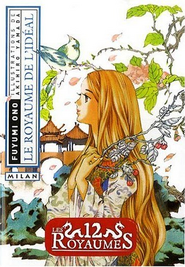 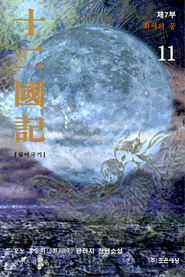 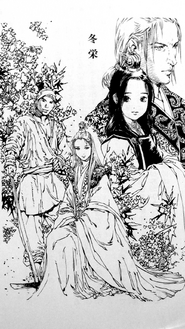 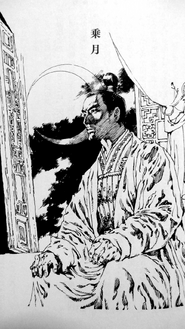 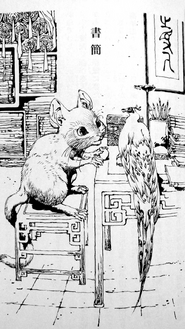 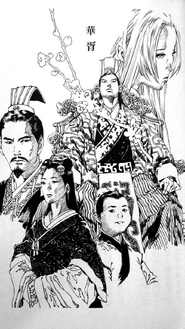 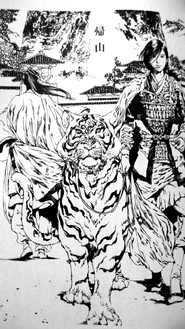