The Silver Ruins, The Black Moon

The Birds of Hisho, 丕緒の鳥, Hisho no Tori is the eighth novel in The Twelve Kingdoms fantasy series written by Fuyumi Ono. As with The Dream of Prosperity, the novel is a collection of short stories.

It is the first Twelve Kingdoms novel to be published since The Dream of Prosperity in 2001. Two of the stories, Hisho no Tori and Rakushou no Goku, were previously published in Shinchosha's Yomyom magazine in 2008 and 2009 respectively. The book also contains two new original stories, Seijou no Ran and Fuushin.

Birds of Hisho is composed of four short stories set in the Twelve Kingdoms. Some stories are between earlier novels or involve familiar characters, while others do not.

Hisho no Tori (丕緒の鳥, The Birds of Hisho) is set shortly before Youko Nakajima's enthronement as the new monarch of Kei. As part of the ceremony celebrating her ascension, an artisan named Hisho has been commissioned to create beautiful bird ornaments to be flown up and shot down. However, Hisho suffers from crippling artist's block after three unsuccessful rulers who have not understood or appreciated his designs and from the deep seated grief and regret over the loss of his friends and colleagues during those long years before Youko's arrival.

Rakushou no Goku (落照の獄, The Prison of Declining Light) is set in the kingdom of Ryu. Primarily told through a bureaucrat named Eiko (瑛庚), officials in the Ministry of Fall struggle with whether or not they should revive the death penalty to convict an apathetic serial killer named Shudatsu. As the officials attempt to discover Shudatsu's motives, they are increasingly alarmed and resigned that Ryu's system of law is declining and no longer able to appropriately deliver justice.

Seijou no Ran (青条の蘭, Blue-Lined Orchid) focuses on Hyouchuu (標仲), a minor government official in En who struggles to fulfill his duty to save his people and his country. The story is set around the time Shoryu ascends the throne.

Fuushin (風信, Wind Sign) follows the story of Renka (蓮花)[1], a girl who is orphaned as a result of Jokaku's edict to exile all the women in Kei. 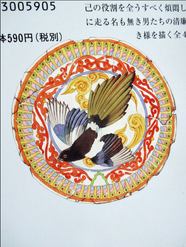 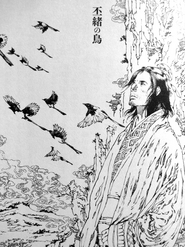 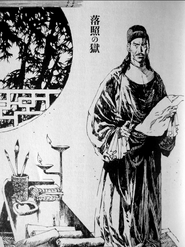 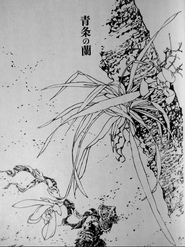 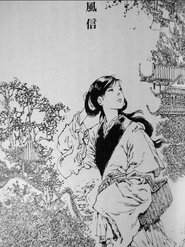